Rent plots of Iraqi cannabis and receive the money from the sale a few months later !

Date of next seedlings : Each monday
Number of available plots : Unlimited
Estimated profitability : From 19 to 75% (The longer you take, the higher the profitability will be)
Estimated date of harvest : In 4, 8 or 12 months

Phuopsis stylosa, the Caucasian crosswort or large-styled crosswort, is a low-growing, mat-forming, aromatic perennial plant in the madder, or bedstraw family Rubiaceae. It has whorls of narrow, aromatic leaves and terminal clusters of tubular pink flowers. Phuopsis stylosa is native to the Caucasus and Iran, and is widely grown elsewhere as a garden plant.

The plant gives off an odor which can be confused with that of some Cannabis species.

This ground cover plant has a magnificent and very particular summer flowering (from June to August). Indeed, the plant forms many small flowers (between 30 and 50) of pink color which form a round bouquet at the end of the stems. But this plant is best known for its fragrant characteristics since Crucianella stylosa exudes a scent of Marijuana.

Crucianella stylosa is a fast growing plant, hardy to at least -20° C, drought resistant and requiring no special maintenance. For its cultivation, this cannabis-scented plant requires a light, fresh and well-drained substrate. Sow in September-October under frame or cold greenhouse or in spring between March and May. The germination rate is around 90%. 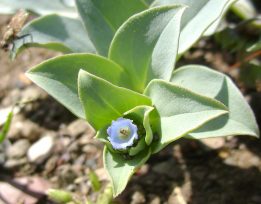 Mertensia maritima is a rare, perennial and creeping plant of the Boraginaceae ... 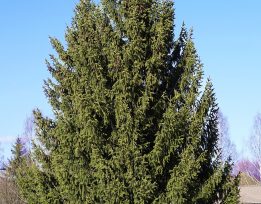 Norway spruce is the traditional Christmas tree of the Pinaceae family. It ...